Incomplete thoughts..one day will b stories

Hiren, piously diffident but bright and fine featured.  He is by nature shy (Kafir), immune to onion garlic price rise.

Hangs his pants, over a nurse’s shalwar. A mild smile and a blush of freedom accompanies a mild tumescence between thighs. Take a bit longer to get into his theatre greens. the restrictive Jain mind feels the guilt.

He is good in anatomical dissection much to the dislike of his mother and father. He wants to become a surgeon but only thing that agrees with Jainism is wearing a mask. It’s too violent a way to earn a living. They wanted him to be a physician. Compassionate, kind and charitable. Over a small peg of whiskey, in the 10 by 6 ft glum hostel room, this has been debated a thousand times. Giving antibiotics and anti malarial and anti fungal knowingly, and also Iatrogenic killing of patients, unknowingly, is as violent.

Hiren is from middle class, Mumbai  Jain family. Middle class in Mumbai drink water in steel glasses.  Jain middle class are higher than average Indian middle class families.  With a benevolent maternal uncle in diamond market. Hard working family, practicing a  harder religion. The family more like a unit, joined, by emotions and economics. Father, mother, uncle aunt, grandfather, grandmother, children.  Two boys and One girl ,   calling out to elders as mota(elder) papa and nana(younger) papa, mota mummy and nana mummy. They were born in the family and not to the parents alone. No propriety. By one but for all. Books, clothes, shoes, toys, bought once for a few to be used along the time line.

Mahesh and Filipino Maria, a happy strange couple or strangely happy couple, lived in the USA. They both run away, from poverty, to boring economic prosperity, to Alabama, USA.

Mahesh is a traditional maharastrian Brahmin, from vile Parle (E), Mumbai. His and Godbole family’s weekly, walking jaunts, to Siddhi Vinayak temple finally paid up. Mahesh got his H1 visa within a year of majoring in IT engineering.

Once a year annual 15 day pilgrimage back to India, where their achievements are recognized. Dozen petitions from cousins received. But with economic progress in India even that allure was diminishing. His friends had nice fair skinned blue eyed Brahmin wives and Mahesh was jealous. Face book kept on reminding him of this every day, on his black berry storm. All smiling photographs, easily seen and sent. He had to reluctantly post his with a reluctant smile. He would often pry into his friend’s friends albums. Anyone’s wife looking better than Maria would sadden him while the dark lumpish wives brought that victorious smile. His ring and middle finger instinctively twitched or else just is middle finger responded.

A momentary lapse of his maharastrian morals and the starlit night resulted in an Indo-Filipino union. Not that he regrets it. He loves her and she him.  But to live in a foreign country and waking up next to Maria required dual adjustment. Mahesh had to adapt to USA and adapt to Philippines.  He had never been to Philippines and was living in Alabama. Adjustments like responding to calls of “Maaesh”. It had its rewards, at times when Maria was in her cyclonic moods, Maaesh found it very easy to slip into the garb of Mahesh. He could switch off and not take it personally. He just deflected all the torment towards Maaesh.

Romance can be killed by words. Marriage takes its toll. After a week of hard work, calls, conference calls with the Chinese, software glitches sorted out by BBMS. Mahesh decides to take Maria for romantic dinner. Baby sitter paid in advance. While the baby is sitted, Mahesh plans to happy an unhappy Maria. Mental turmoil to be calmed physically. Peace sealed between legs. They dress to dine in the candle light. Short black dress to match the tight t shirt. A table at the roof top overlooking the sea. Hand in hand, in a fuel guzzling SUV. Driving carefully, the immigrant foot does not push the accelerator very hard. Law abiding, law fearing in a foreign land.

A careless preparation to shop, on a sunday afternoon, a time normally to nap,and rejuvenate.,
Me and my loved one went shopping. She loves me more when i do this. A casual list was, mentally, prepared of where i wanted to spend my money. The idea being more to spend  than to buy.
Trousers, shirts and T-shirts always sneak up on the list. They are always there. To be bought.
It is so boring to select and then size, finally to find a free, glassed trail room. As you remove your shoes and then your lower body attire, the chap in the mirror gives that wry smile. Your navel is seen at such a close up, contorted, as the right leg is lifted to slip into the crisp cotton. There at that moment, looking at your collection of adipocytes, once again you promise yourself a sterner exercise and diet regime. oh ! how short-lived is this resolution. I have now decided to try the fitting room every day, a slight detour on the way to work.

One peculiar but constant, epiphany is that all things that please the eye are not on sale ” fresh stocks” or the price tag is missing. This happens more often when your wife finds something, suitable, after screening for over thirty minutes and thirty racks.

To shop is good for you and partner and economy. Sending is more important than buying. The ephemeral delights of walking in the malls cannot be sacrificed on the altar of Sunday afternoon naps. 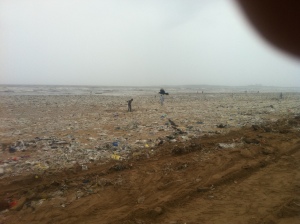 morning walk in a dump yard

There was this ship that lost its tug, while on its way to Alang port for breaking. Let loose, landed on Juhu beach just missing a newly, proudly built worli sealink. A bridge built over a decade.The ship became a talk of the town. ” take the children to see the ship.” ” best time to see it is in the morning, less crowd”.The Indians of the land of Gandhi still have a dhoti tied in their mind. “Wisdom”  became the talk and breaking news. Traffic jams and chaos. Good for buissness at the shore. A food stall vendor wanted a few more ships.Plastic and paper also came along, all to see the ship at the sea. A giant, rusty piece of iron, looking docile reminding me of a geriatric retired bank manager. Sitting in a courtyard, resigned to fate. 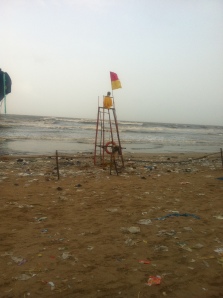 Finally on the 1 st of July the ship was tugged back and sailed on towards its graveyard. A ship called wisdom, so exposed the wisdom of wise indians.I refuse to post the pictures of the ship. not out of disgust but as a respect to a dying retired bank manager. 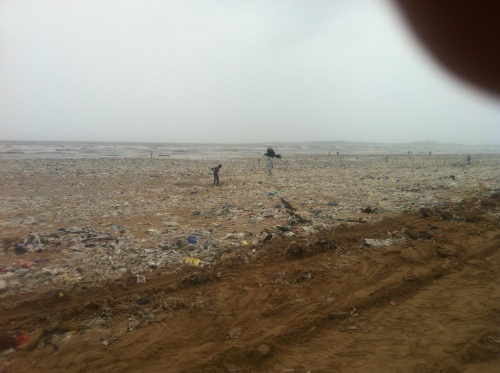 hi and hello and namaste

trying to be clever and witty and all that. it is tough. don”t judge me by my words but by my action of tapping the keys.

here my son besides me is laughing at what i am writing.

watch out for my new posts…watch the new writer unfold

i am here to throw the colors on the canvas and hope it  turns into a painting.

comments and critics welcomed but be ready for rebuts.

writing some plays and prose and travelogues and random thoughts. will post them.

writing is cathartic. when you re read it, it seems a stranger within you has written it. then he has run away. disappeared randomly lost in the crowd of your thoughts. next time another one appears as bizarre as his predecessor.

more to come for glory of the ink and the mind

please give me feed backs, for the fuel to fire will keep the blog warm